Direct to the field...

How to coordinate properly?

You must coordinate by 20nm from the boundary (radar) or 15 minutes procedural on non-LOA routes.

You do not need to press any PTT button - just start talking.

How to be a flow controller with vatSys?

Jake says “Thats how we flowed Adelaide which is probably as busy as VATSIM ever gets. Gives flow something to do other than sit there like a dog watching tv.”

vatSys has a bunch of tools that are designed to make controlling procedurally easier.

Whenever an aircraft is not identified, select the “Short Route Probe” through the Tools menu or using the keyboard shortcut Num * 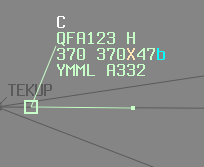 When a pilot gives a position report, record everything by using the strip.

All estimates are shared between vatsys clients. You do not need to record times elsewhere. Conflict Area Tool can be used to determine the area that two aircraft are in lateral conflict. Select one track and click on the other. The drop down values are the combined navigation tolerance of each aircraft + 1 NM for separation (refer to MATS for tolerances). 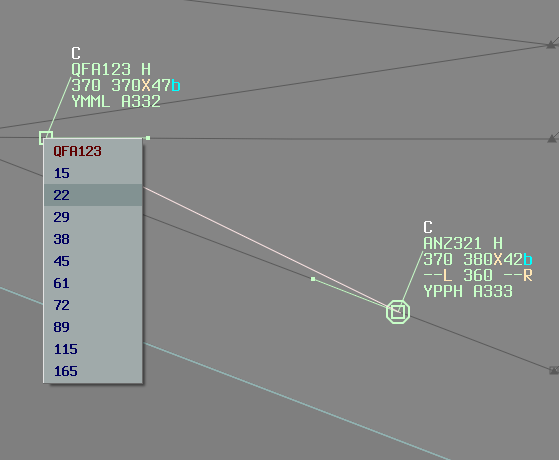 In this example, a value of 22 was chosen (7NM CEP + 14NM CEP + 1NM Separation). The conflict area is shaded and times of entry and exit are shown. You can use the BRL to measure from a relevant waypoint and get the pilot to report at that distance to establish clear of the area (or use it as a requirement for a change of level).